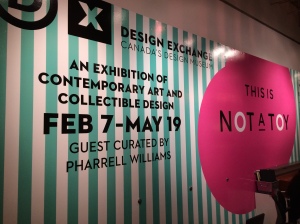 This Is Not A Toy: An Exhibition of Contemporary Art and Collectible Design is currently on at the Toronto Design Exchange. The exhibit was guest curated by Pharrell Williams who put the collection together to display ‘ the design and art toy as a unique medium for artistic expression’. The collection includes pieces from a variety of designers like, KAWS, Takashi Murakami, A Bathing Ape, and FriendsWithYou, varying in prices from a few dollars to thousands.

The title of the exhibit was inspired by the ‘THIS IS NOT A TOY’ disclaimer often found on product packaging, and Rene Margritte’s ‘Ceci N’est Pas Un Pipe’.

The exhibit is on through till May 19 and I definitely recommend checking it out while its here! Below you can see some of my favourite pieces found inside of the bright,bold, ‘dream world’ that is This Is Not A Toy. 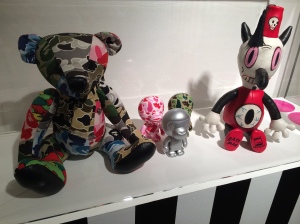 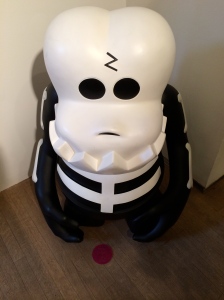 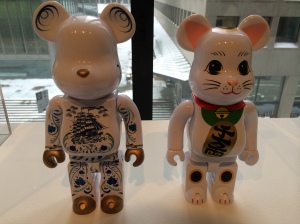 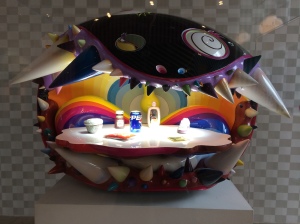 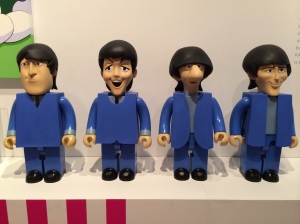 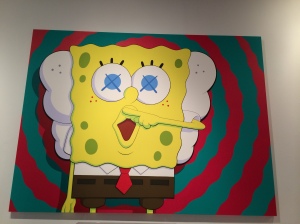 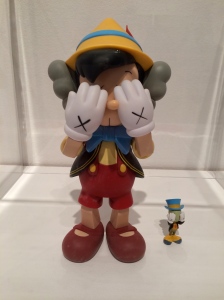 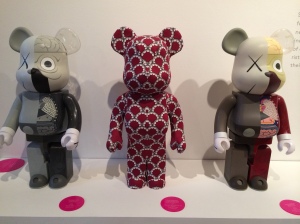 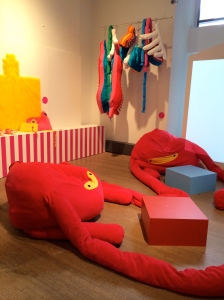 Make sure to check out the gift shop downstairs on your way out. There are lots of little goodies from a variety of the designers!
-Anna

In August, I had the pleasure of visiting the Christian Louboutin exhibit at the Toronto Design Exchange. The exhibit was open for four months and attracted fashion fanatics such as, Christian Louboutin himself, the Beckerman sisters, and Jeanne Beker. It did an amazing job of demonstrating the growth of Mr. Louboutin and the development of his designs through various collections over the years. The exhibit originated in London, England at the London Design Museum, to celebrate the 20th anniversary of the brand. When it broke attendance records, they decided to bring the exhibit to Toronto where it could be viewed by shoe collectors, fashion lovers, and women who only dreamed of owning a pair of the red-soled shoes. 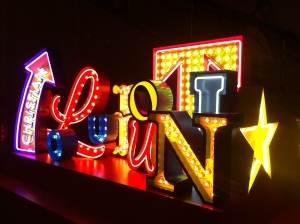 The exhibit creatively displayed over 250 of Christian Louboutin’s shoes, sketches, and personal artefacts. It also included a recreation of the designer’s Paris atelier and a hologram of Dita Von Tesse.

Upon entering the exhibit, visitors were greeted by a slow-moving carousel with each swing holding a pair of beautifully crafted Christian Louboutin shoes. The carousel was pasted with significant images throughout the designers career and life. 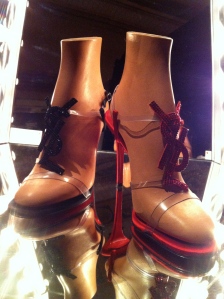 Included in the collection of shoes displayed, were a rare pair that Christian Louboutin had created for Yves Saint Laurent, early in the designer’s career.

Christian Louboutin’s Paris atelier was re-created at the Design Exchange, displaying many of the designers sketches and tools that help in the design process. He wanted visitors to understand how much work goes into creating even the most simple shoe design. 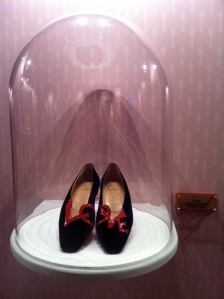 Each pair of shoes was presented in a unique, aesthetically pleasing manner. The displays varied from secret gardens to giant spinning tops.

The designer even displayed the ‘Cinderella’ shoe that was created in a collaboration with Disney to bring to life the glass slipper from the famous motion picture. Only 20 pairs of the shoes were put into production.

As visitors exited, they walked past three variations of the ‘Pigalle’, the designers highest selling shoe.

I had the pleasure of attending the Hermès exhibit last week at the Design Exchange in downtown Toronto. This exhibit was in place to celebrate the craftsmen who have helped make the brand what it is today. Hermès itself is such a renowned and regal brand, so I was pleased to see that they were taking the time to share with everyone what goes into their products.

I really had no idea what to expect, and I was pleasantly surprised……

Upon entering the exhibit, it seemed very small, but there was lots to do. There were several stations throughout the room demonstrating each of Hermès’ products, and how they are made.

Each person at every station had been flown in from Paris, straight from the production line – these people were the real deal! It was so amazing to see each and every little detail that went into these products – which totally justifies the price. 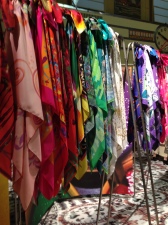 Now I know most of you just want to see the Birkin’s, but we were only lucky enough to see the Kelly being made, which was good enough for me! 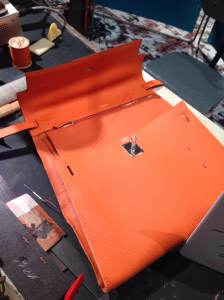